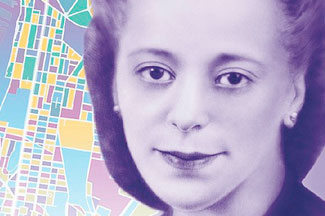 "Scenes of Canada" Issues. Unlike the previous series, the portrait of Queen Elizabeth II no longer monopolizes the front of the notes. The portraits of former Prime Ministers of the country are added on the new notes of 5, 10, 50 and 100 dollars. This new series of seven banknotes, particularly colorful, is quickly dubbed the "multicolored series" or "rainbow print". Because to fight more effectively counterfeiting is gaining ground, these notes are printed with a new technical process of gradations and multicolored hues added under the dominant color, thus making the notes more secure and more difficult to duplicate. On the reverse, the great Canadian landscapes of the last issue disappear in favor of scenes from the daily life of the country. Except for the 50-dollar note, the back of which depicts the famous RCMP Musical Ride. It is especially the first bill entirely printed in lithographic process. Traditionally the numbering consisted of a two-letter prefix positioned in front of the number, but this series changes during the period of the signers "R.W. Lawson and G.K. Bouey" with a prefix that goes from two letters to three letters ... the first character indicating the printing company, the second character indicating the denomination and the third character indicating the series. In 1979, the two bills of $ 5 and $ 20 are modified. It is a question of making the notes more easily readable by counting machines. The red and blue serial number is permanently removed from the front and shown in black at the bottom of the back. This printing technique will be definitively generalized from the next series of 1986 with a three-letter and seven-digit serial number: "ABC0000000".