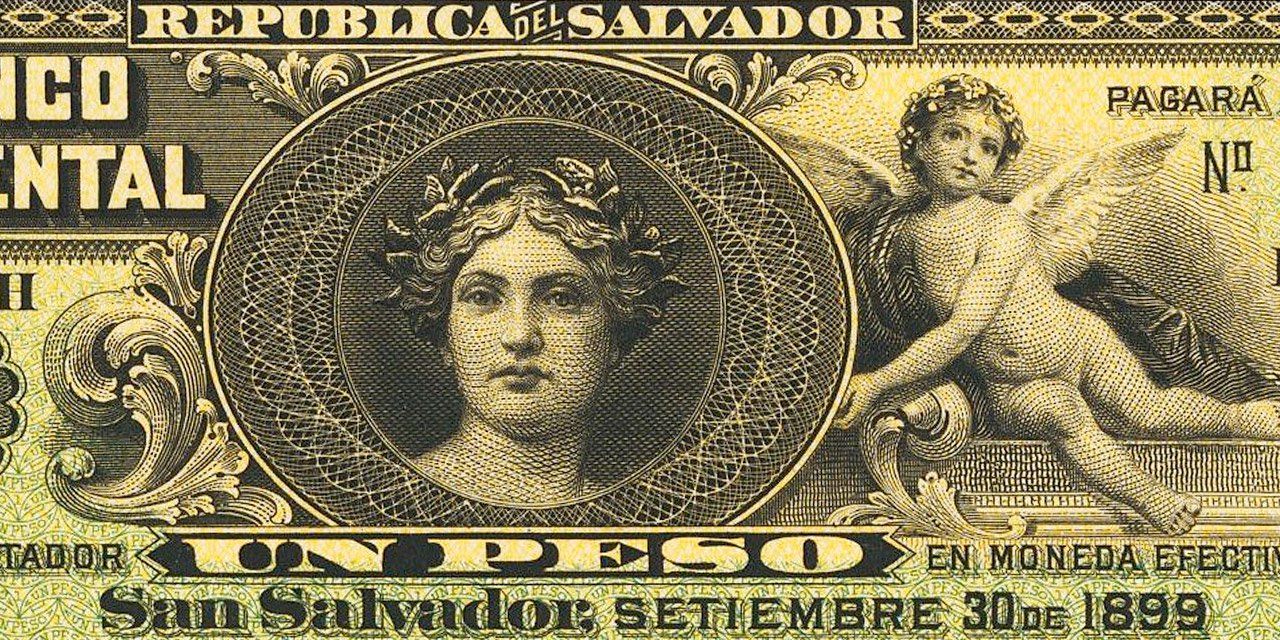 A very rare issued note for sale on ebay!

The first banknotes were issued in El Salvador at the end of the 19th century. Initially, it was the International Bank of Salvador (El Banco Internacional del Salvador), founded in 1880, which obtained the exclusive rights to issue paper money for the country. But by the end of the 1890s, several private banks (El Banco Occidental, El Banco Salvadoreño or El Banco Agrícola Comercial) were also authorized to issue banknotes in Salvadoran territory. These issues will last until 1934, when the Central Reserve Bank of El Salvador was created with the exclusive right to issue banknotes in El Salvador, thus putting an end to the issuance of banknotes by private banks.

A banknote issued by El Banco Occidental with a value of 1 Peso Type 1899 (Ref. Pick: # S171a) is currently for sale on ebay (ebay item : # 114344570663). The note is dated September 30, 1899, series H with the number 082488 and is graded PMG 25 Very Fine. After verification, this is the only grade note that we found in the PMG Population report! The note was printed by the American Bank Note Company (ABNC) of New York in black on a light green and yellow background. The composition on the front shows a cherub holding an oval frame containing a portrait of a woman in the center. The numbering is in red. The note also features three signatures printed in black: Gerente, Director and Cajero (Manager, Director and Cashier). The back is dark green with a woman's head in profile in the center on a guilloche background.

We have not found any traces of recent or old sales for this issued note (1). Only a few copies in proofs and / or specimens have been spotted, such as the 7 sales made at Heritage Auctions below:

Our score only includes the following 3 copies:

16 bidders got it right and are already following this rare banknote! The sale ends in a few hours, good luck ...

(2) Photo on Banknote Museum or Colnect.com.