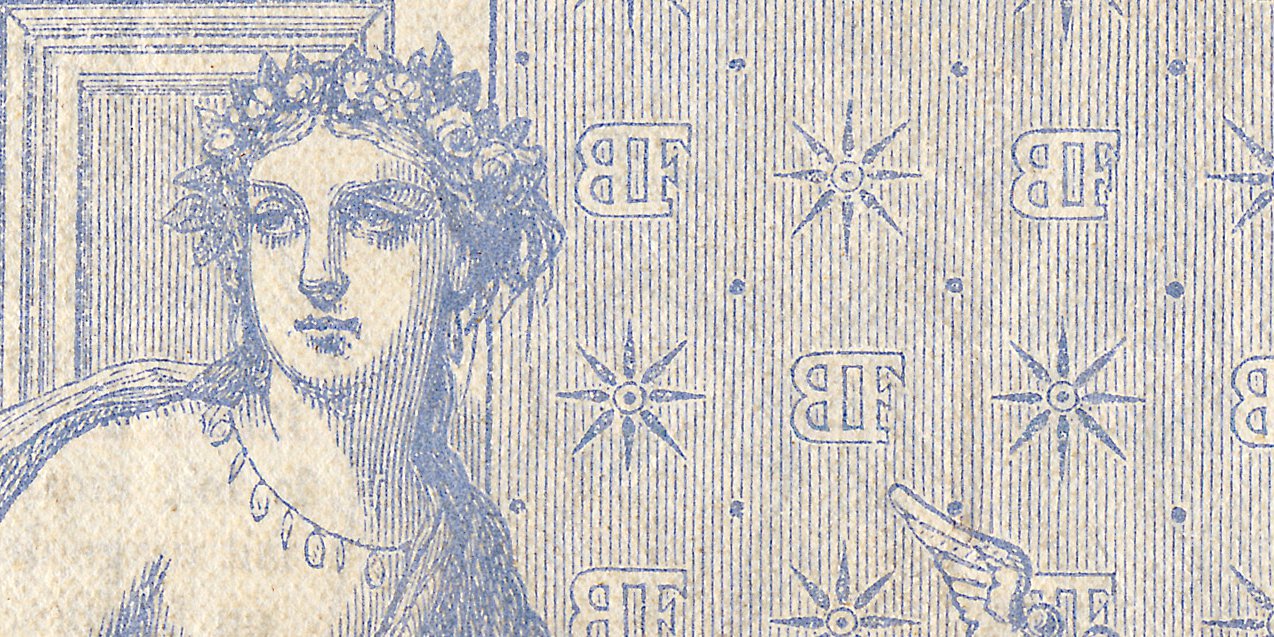 Discovery of a second copy for the year 1876!

It is the second time since the beginning of the year that the collection of Banque of France banknotes has been enriched with a new copy for the 19th century! This time it is a 1,000 francs Type 1862 "Blue" note or named 1000 francs Type 1862 "Indices noirs" (Ref. Fayette-Dessal: # F.A41.11 or Pick: # 54) which comes from be listed by the Numizon team. The note is in F/VF grade and consolidated by the presence of four small strips of scotch tape at the margins. This copy is numbered "G.214-115" and is dated February 24, 1876. It is the second known note for this year 1876.

This note was created on December 4, 1862 and issued between June 20, 1867 and August 16, 1882. The bill is printed in blue monochrome on the front and back. The Type represents a total of 503 alphabets with 25 letters. 625,000 copies were theoretically printed for this reference. Dimensions: 235L x 130H mm. The watermark, clearly visible on the back, includes the words "BANQUE DE FRANCE" and the number "1000 F". The front of the note was drawn by Jacques-Jean Barre (FECIT.) And was engraved by Charles Maurand (SC.). The thumbnail on the front fully reproduces the composition of the 1,000 francs Type 1842 Barre: on the left, a squatting Hercules supports with the force of his arms two women, allegorical figures of the Arts and Sciences. These are overhung by a love holding tools in hand and surrounded by oak leaves. On the right, an identical scene, but the two women this time symbolize Agriculture and Commerce and are overcome by another love surrounded by olive branches ...

The number and the alphabet are printed in black and repeated twice above and below in the arabesques of the frame. The date of issue is printed in the center under the heading "BANQUE DE FRANCE". Two circular medallions, one with a white background on the left and the other with a blue background on the right, contain the text of "Article 139 of the Penal Code". The note has three signatures with The Controller, Chazal, The Chief Cashier, A. Mignot and The Secretary General, Marsaud. Below, the seven-digit banknote control number is printed in black. In the center below, two elongated women symbolizing Justice and the Law, are leaning on a console surmounted by a Gallic rooster. In the upper part, two winged angels support a medallion containing a Love accompanied ... by a lion.

The back of the 1,000 francs was designed by Camille Chazal (DEL.) and also engraved by Charles Maurand. We discover a couple of women symbolizing the Earth and the Sea, seated on each side of a large stele surmounted by a central medallion in the shape of a braided crown containing a crowned portrait of Ceres seen from the front and the Latin word cut in half "SAPIENTIA" (Prudence or Wisdom).

There are five variants of signatures:

> 24 copies are now listed for the Type!