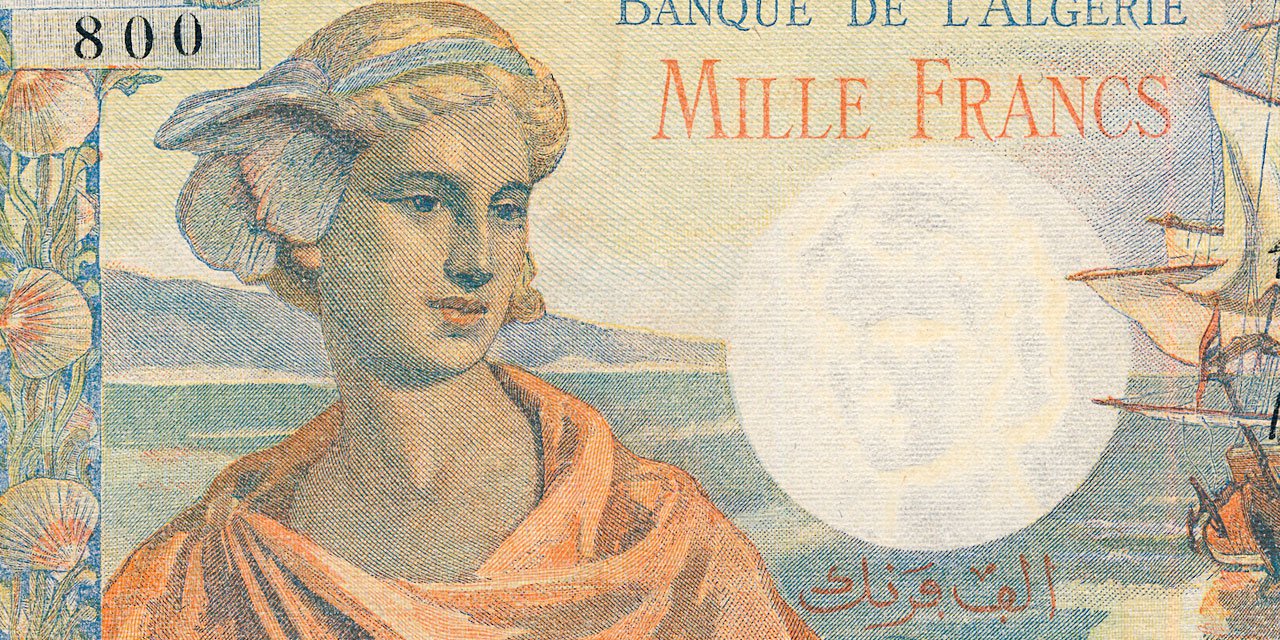 This banknote kept in reserve for Algeria circulated?

When this project of 1,000 francs type 1945 (Ref. Pick: # 96 or Kolsky: # 62) was developed for the Bank of Algeria, the country has been occupied for three years by the Allied administration, landed in North Africa in 1942 during Operation Torch. In this spring of 1945, the war is not quite over yet in Europe but the French metropolis is already released since a few months ... It is the printing press Arnaud (1) of Lyon which is in charge of printing the note on a paper from the Marais stationery (2). The issue is ultimately not allowed and the banknote is kept in "Reserve". The Pick catalog, however, indicates three dates of emission: 23-3-1945, 23-5-1945 and 23-3-1949.

But then, did this note really remain in "Reserve" or did it circulate in part? To be clear, we made a score of the banknotes seen in collection or proposed in past or current sales.

The conclusions of our research (3) are as follows:

Hypothesis of series of banknotes stolen by the ALN?

The existence of these 18 issued notes questions us ... The banknote would have circulated? For MM. Muszynski and Kolsky, this is another hypothesis! The authors indicate in their book that "The text of the Criminal Code on the back, written in Arabic, begins with these words:" The traitors will be punished ... ".

This war wording on a text of law is quite unexpected ... and would have a link with the fight for the Algerian independence. Thus, the ALN (Army of National Liberation) would have "procured" a stock of these notes to finance the national uprising against France. The similar quality of the banknotes and the consecutive number ranges we found for the B.911, U.912 and V.1031 alphabets tend to confirm this hypothesis. Finally, for the four banknotes currently on sale on ebay, this is a single seller with whom we made contact to learn a little more about the origin of these lots, which are still almost a quarter of the referenced notes! We are waiting for his answer ...

(1) The nickname of the note sometimes called "1000 francs Arnaud".
(2) Source Maurice Muszynski and Maurice Kolsky, page 99 of their book: "Les billets du Maghreb et du Levant", Victor Gadoury editions, 2002.
(3) These score are of course provisional and can be improved over time. Any collector with new information to present us can contact Numizon at this address: contact@numizon.fr.
(4) The note "C.990 - 620" mentioned in the catalog of MM. Muszynski and Kolsky.