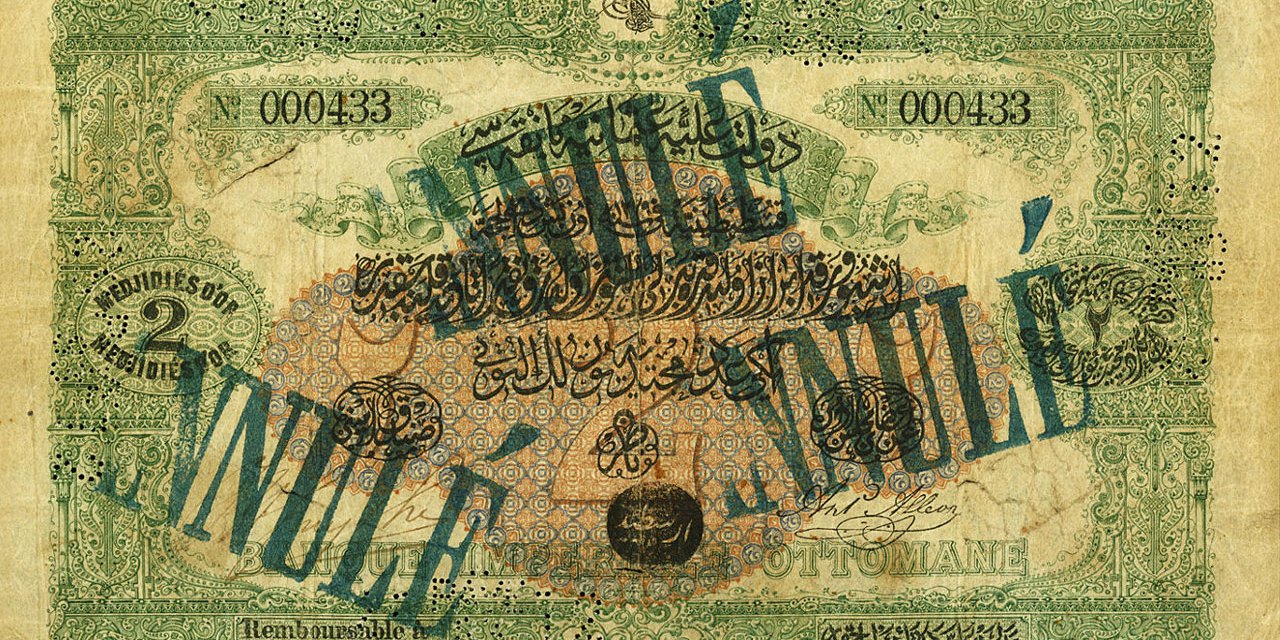 A banknote from the Ottoman Imperial Bank on sale at HA

The American numismatic company Heritage Auctions is organizing its next auction from September 5 to 9, 2019: Long Beach # 4015, Expo World Paper Money Signature Auction. About this sale, we have already highlighted two French colonial notes. But this time, we focus on a Turkish note issued by the Imperial Ottoman Bank: the 2 Medjidies D'or Type 1863 (Ref: Pick # 57b), a banknote that has several features. This is the first time Heritage Auctions offers this Type for sale (lot # 28606) and the note features a small number: "000433". The bill is slabed PMG Choice Fine 15 and estimated between $ 3200 and $ 4000.
Looking at the banknote more closely and from the point of view of a French collector, several clues are rather troubling:

So Turkish banknote or French banknote?

We must go back to the 19th century ... Between 1853 and 1857, the Ottoman Empire was at war with the Russians in Crimea. At the end of the conflict, the empire is in debt and finds itself in a very difficult financial situation: with the interest of the debt that runs, it turns out that 480 million paper money issued and unsecured circulate already in the country! British and French financiers come to the rescue of the Ottoman government to guarantee this debt. A tripartite agreement was concluded and the Ottoman Bank was founded in 1856. From 1863, it became the Ottoman Imperial Bank with the statutes of central bank, merchant bank and commercial bank. The bank thus recovers the monopoly of the issue of banknotes which are thus printed in three languages: Turkish, French and English!

The banknote of the sale Heritage Auctions:

Since the publication of this article, the banknote has been sold for $ 3000 (sales fees included).