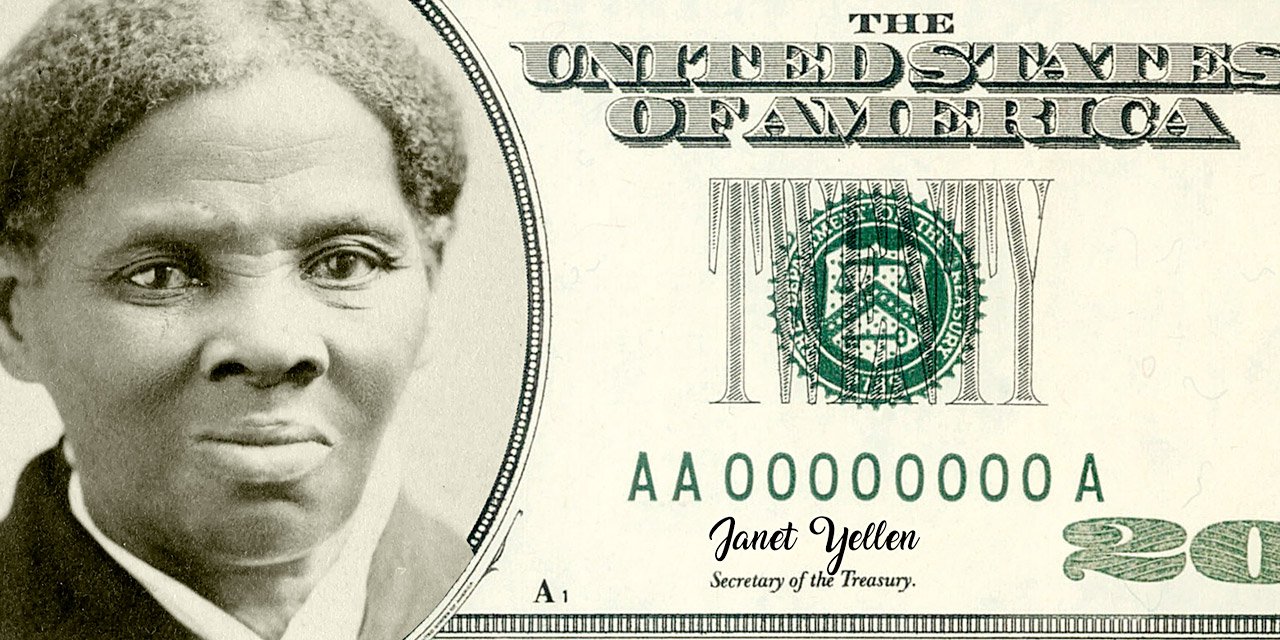 The first woman on an American banknote!

The first black woman on a US dollar banknote

The plan to include Harriet Tubman on a $ 20 bill initiated in 2016 under Obama's tenure, but rejected when Trump took office, has been revived by the new administration of 46th US President Joe Biden. The announcement was confirmed on Monday January 25, 2021 by White House Press Secretary Jen Psaki who said: “It is important that our banknotes, our money […] reflect the history and diversity of our country, and the image of Harriet Tubman adorning the new 20 dollar bill clearly reflects them”(1).

The Treasury Department confirmed in the process that it therefore planned to speed up the process of adding the portrait of Harriet Tubman to the front of the next US $ 20 bill. The anti-slavery activist would thus become the first woman and the first African-American personality to appear on the front of a US dollar bill replacing the current effigy of President Andrew Jackson. This new note will perhaps be close to the one we have created in illustration below?

(1) « Harriet Tubman $20 Bill Redesign to be Accelerated by Biden Administration », The New-York Times.