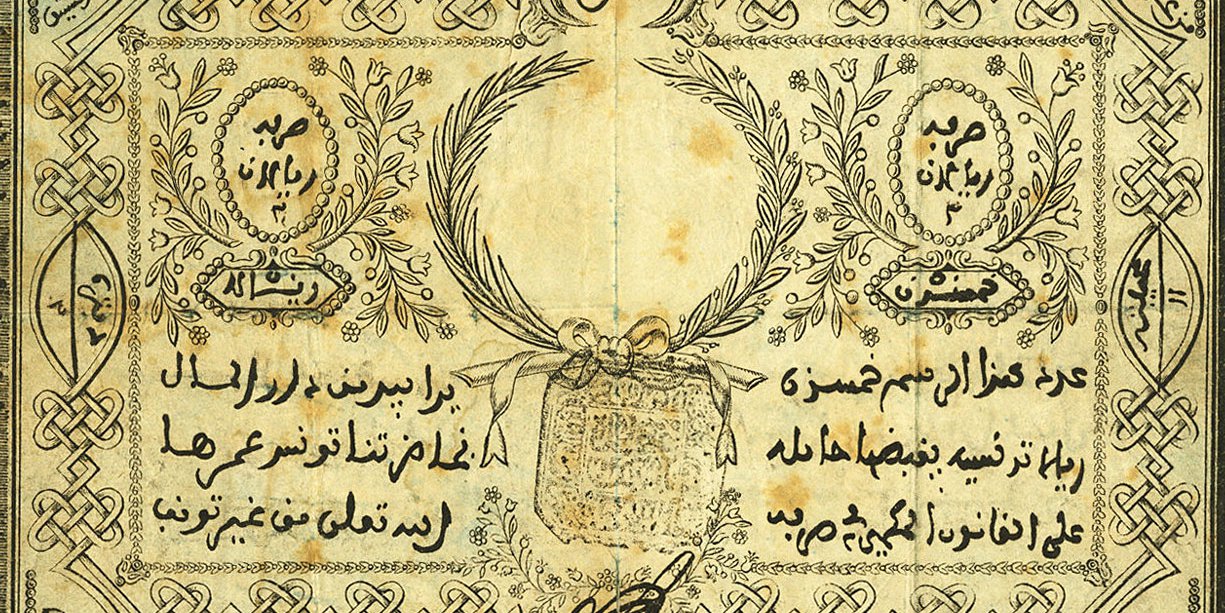 Banknotes of 50 Riyals are circulated in the mid-nineteenth century. At that time, Tunisia is under control of the Ottoman Administration and its revenues are highly dependent on the "institutional" piracy in the Mediterranean Sea. The great powers are annoyed and threaten the country with reprisals. Deprived of its main source of money, the Tunisian economy begins to encounter significant financial difficulties that lead to the bankruptcy of 1869. For the next ten years, the country is supported by international aid finally justifying the French invasion in 1881. The colonial authorities set up a Protectorate by bringing their own monetary system which marks the definitive cessation of Riyal banknotes.

And as HA says in their sales commentary, so it's really a miracle that this banknote has survived so long and has reached us in this grade. An exceptional banknote that will not be for anybody but that we wanted to highlight. In any case, we have definitely entered in the catalog of numizon bankotes!

See the sale
See the note in the numizon catalog

Since the publication of this article, the banknote has exceeded its estimate to achieve the price of $ 18,000 (sales fees included).