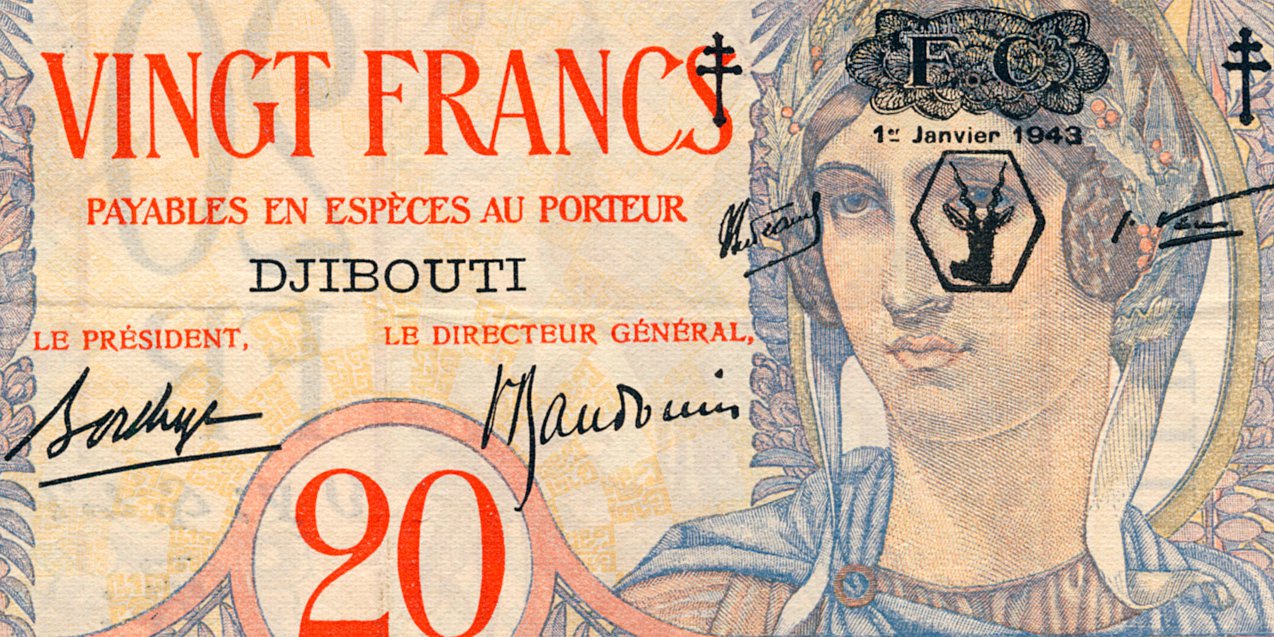 Collectors, your attention: scam on sale on ebay!

A collector of banknotes from the Bank of Indochina has just reported a scam currently on sale on ebay! This is the ebay item number # 274104312910, located in Leicester England and titled "#Djibouti French Somaliland 20 Francs 1943 P-12 AF Provisional Issue Rare". The object of the sale is a banknote of 20 franc Djibouti Peacock I (Ref. Pick: # 7 or Kolsky-Muszynski: # 610). The note is numbered "S.15-509" and four collectors have "unfortunately" already bid on the lot whose amount is currently £ 45 ($ 58). For your information and as luck would have it, auctions are private!

As stated by the seller in the title of the ad, the banknote for sale is supposed to be a rare copy of the 20 franc Djibouti Type Peacock II overprinted "F.C." (for France Combattante (Fighting France)" (Ref. Pick: # 12, Kolsky-Muszynski: # 625 or Schwan-Boling: # 1342) and here is a real original note in photo below:

A brief historical return: this short provisional issue of the "Free France" for the territory of Djibouti (French Somaliland) was prepared in 1943, by overprinting 20 franc notes Djibouti type Peacock II (Ref. Pick: # 7A or Kolsky-Muzynski : # 611) from the Bank of Indochina, as the photo copy below:

Two elaborate overprints were used. The one that interests us consists of two crosses of Lorraine, an antelope head in a hexagon, two letters "FC" (for France Combattante) in a medallion, two signatures and the date of January 1, 1943. This overprint was first used on the 5 franc Type 1927 Walhain banknote and then on all other denominations, including the 20 franc banknote. Messrs. Kolsky and Muszynski specify in their reference work "Banknotes of the Bank of Indochina" that 4,000 banknotes were overprinted in 1943 BUT only on the alphabet # 23 and for the letters U, V, X and Y!

Regarding our Numizon expertise, the 20 francs Djibouti type Peacock II overprinted "FC" (Ref. Pick: # 12, Kolsky-Muzynski: # 625 or Schwan-Boling: # 1342) is of course a very rare referenced note for the moment only in two copies in our archives:

Mr citygroundhero-6 with your 10 negative evaluations over the last 12 months, you first voluntarily destroy a banknote that will never have any more value by overprinting ... and in your ignorance, did you notice that you did not choice the right Type of banknote to realize your scam? We could laugh at it but four collectors are already victims of your ad! Thank you in advance to all our readers to widely disseminate this article. We will report this hoax to ebay so that the ad is quickly disabled.