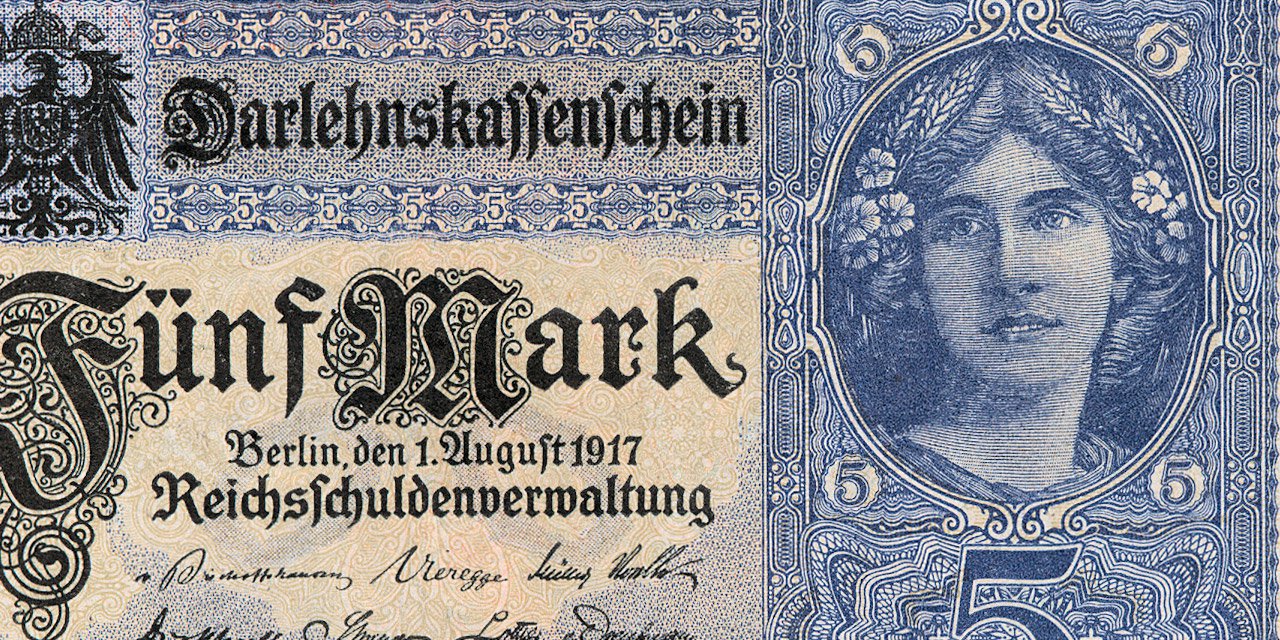 The "Darlehnskassenschein" loan notes were issued in Germany between 1914 and 1922 by the Reich Debt Administration (Reichsschuldenverwaltung). Formally, these notes were not "real" banknotes, but had to be accepted by all public treasuries as a means of payment. With the start of their issuance at the start of World War I, these loan notes were legally covered by loans on industrial and agricultural goods, but like all other means of payment, they were not redeemable for marks-gold.

Concretely, these values ​​were used to constitute additional cash used during and after the First World War. They circulated alongside “Reichsbank”, “Reichskassenscheine” banknotes, private banknotes, emergency notes and many other currency substitute symbols issued by federal states, municipalities or large companies ... The blast of great inflation in 1923 will end up greatly devaluing these means of payment and causing them to disappear permanently from circulation.

The two issues presented below are therefore added to our news of June 15, 2021 concerning the catalog of German banknotes issued between 1876 and 1933!