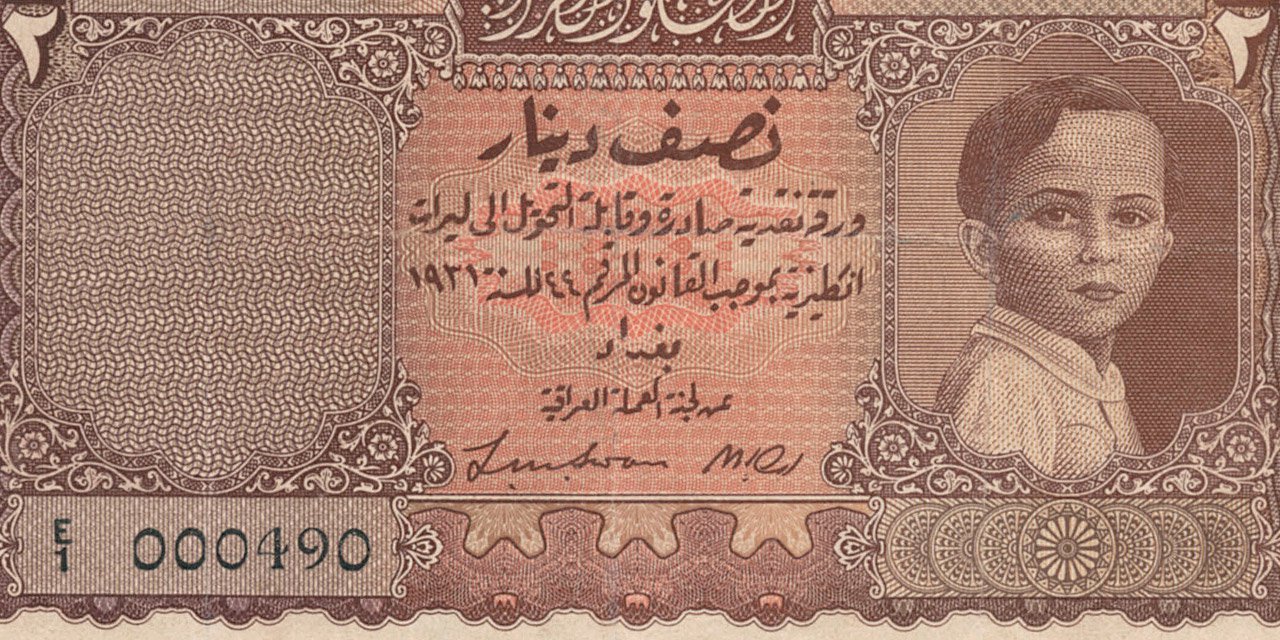 During the Second World War, the region of Iraq, under British Mandate of Mesopotamia, suffered a significant increase in its expenditure linked to galloping inflation. To remedy this financial crisis, it is therefore necessary to transport more banknotes from Great Britain. But the conditions of war make the transport too long and too dangerous. An issue of emergency notes of small values ​​(100 fils, 1/4 dinar, 1/2 dinar and 1 dinar) was then ordered and ordered from the Nasik Security Printing Press in India. The Indian printer will supply Iraq for 3 years in addition to the banknotes printed in England by Bradbury Wilkinson.

All the issued notes are very rare and too few copies are presented on the market ...

According to PMG, the banknote is only known to 6 copies of which 4 units are graded PMG 25 in the Population Report, the copy sold at Lyn Knight Auctions being one of them. For our part, we found the photos of 2 copies:

This incredible result demonstrates real price dynamics on collectible banknotes around the world and reveals that collectors have no hesitation when real rarities hit the market. The guarantee of authenticity and quality provided by PMG undoubtedly contributed to the result of this sale. Not all the rarities of world banknotes have yet been identified, which is what makes this collection so exciting and this sale will go down as an essential reference.

In comparison, the rarities of the Bank of France are still a long way from these results. Our best sales capped at € 35,000.00 and the 9 most expensive banknotes were not even copies issued in the 19th century (2). This bitter observation will certainly have to be the subject of a reflection and a probable article on the “real prices” of rare French banknotes.