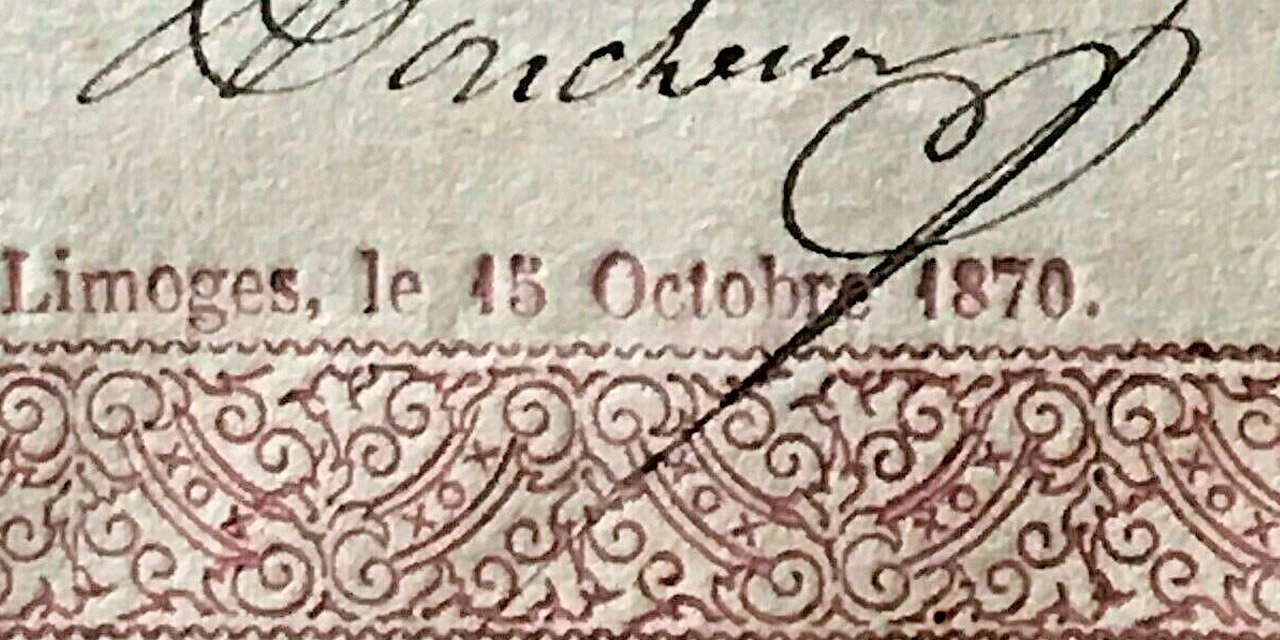 The French necessity notes of the war of 1870-1871 will celebrate their 150th birthday in a few months! These "emergency notes" were issued during a very short period of two years, during the Franco-Prussian conflict of the late nineteenth century. Despite the exceptional work done by Yves Jérémie with the release in 2009 of a 276 pages book entirely devoted to these issues: "The French necessity notes of the war of 1870-1871", these historic notes are unfortunately still abandoned by the collectors. And yet, many of these banknotes are very rare!

Perhaps to give you the desire to interest you in this collection, I will report an ad picked up on ebay on the sale of a board of 3 notes of 10 francs for the city of Limoges in Haute-Vienne. The board is uniface and is printed on a laid paper and it can be seen that the embossing of this document is exceptional. Banknotes are signed but not numbered and do not have a dry stamp. Series with the letter "D". The seller states that "this leaflet carries an emblem emblazoned with a cross". A rectangular frame of violet color and composed of repetitive ornamentations surrounds each vignette in which is found the following text in capital letters and on three lines: "Repayable in banknotes whose deposit / is carried out under the control and the visa / of the signatories ". Then in the center, the value in letters: "TEN FRANCS" and below on two lines: "admitted in all the public funds of / Haute-Vienne". In Jérémie's work, the note normally includes three handwritten signatures in black, while each note on this plate contains only two! Finally, there is the date of issue printed at the bottom of the vignette: "Limoges, October 15, 1870". Printer: Limoges, typ. Barbou. In the margin on the left, the stump of the note with the value "TEN FRANCS" printed in Gothic letters and in vertical, the N ° and the serial letter "D". Each note measures 125x80mm and 320x210mm for the entire board.

Note: These 1870-1871 emergency notes are not yet registered in the Numizon catalog!