I am pleased to present to you a new banknote 50 francs type 1868 with the signature of the main cashier Soleil (alph D.17).

It deserves a little study.

The new sample D.17 dating from December 9, 1869 is the last day of issue with the Soleil signature and it is the only date for the month of December!

Indeed, the next day, December 10 (alph. 18), the note is signed by his successor: Joseph Mignot.

According to a small study, we notice that the change of signature for the main cashier is not done at the same time on all banknotes (50, 100, 500 and 1000 francs).

In February 1870 the 500 francs notes still bore the signature Soleil, while on the 1000 francs notes, the change took place 18 months earlier!

Does this mean that banknotes were printed with signatures in advance and then numbered and issued as needed?

Below is the summary of this study, with the months of issue for each alphabet of the 4 face values. 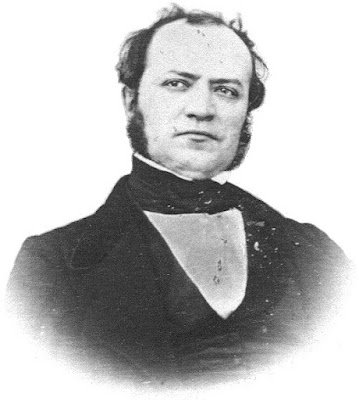 Here are some dates of this great gentleman's life.

1803 Félix Soleil was born in Rouen to a wigmaker father.

1823 He becomes an accountant.

1835 He marries Miss Louise Porquet and moves to Paris the following year.

1838 He becomes an employee of the Banque de France.

1839 Birth of his son Pierre Félix Soleil who will become director of several branches of the Banque de France.

Now that you know a little better Mr Félix Soleil, main cashier of the Banque de France, we wish you to have a note with his signature in your collection and you will look at it differently.

Don't hesitate to send us (or put in the inventory) other images of banknotes with the signature Soleil !