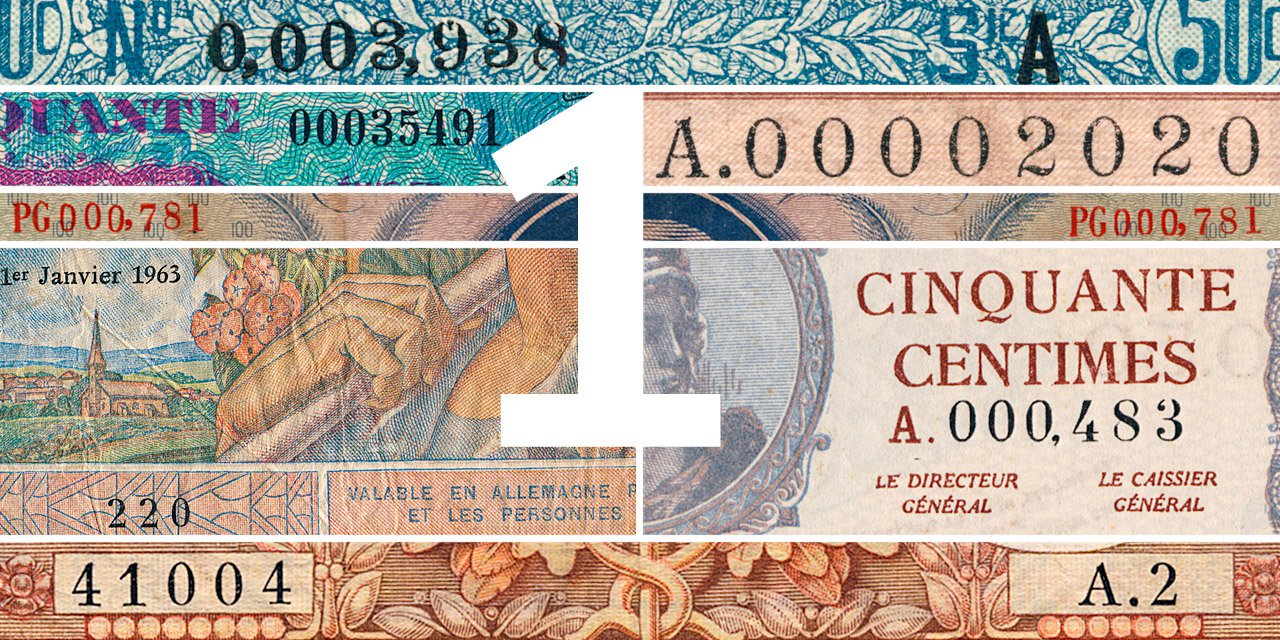 Small and large numbers of the Treasury

The Treasury do its number!

This is the first time that we have published the full list of smaller and larger numbers regarding all references and variants for Treasury notes. There has long been a craze among collectors for the smaller numbers of the Bank of France and to a lesser extent for the larger numbers. This interest is still in its infancy on the Treasury notes, in part because some issues are not fully identified. But with the publication of this extreme score, the numbers are refined (1) and open the way to a new area of ​​collection. The prices of these notes are still very low, so you should take advantage of them without delay ...

The list will be published in several parts and in the order of the numbers in the Fayette-Dessal catalog (2). Part One includes banknotes for the following issues:

Treasury to the Armies

Issues from the Central Treasury for Corsica

(1) All the figures come from research compiled and inventoried by the author on his blog "FBOW (French Banknotes Of War)".
(2) "La cote des billets", 2019 edition by MM. Claude Fayette and Jean-Marc Dessal (cf. pages 426 to 443).